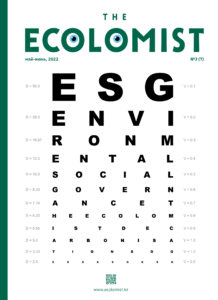 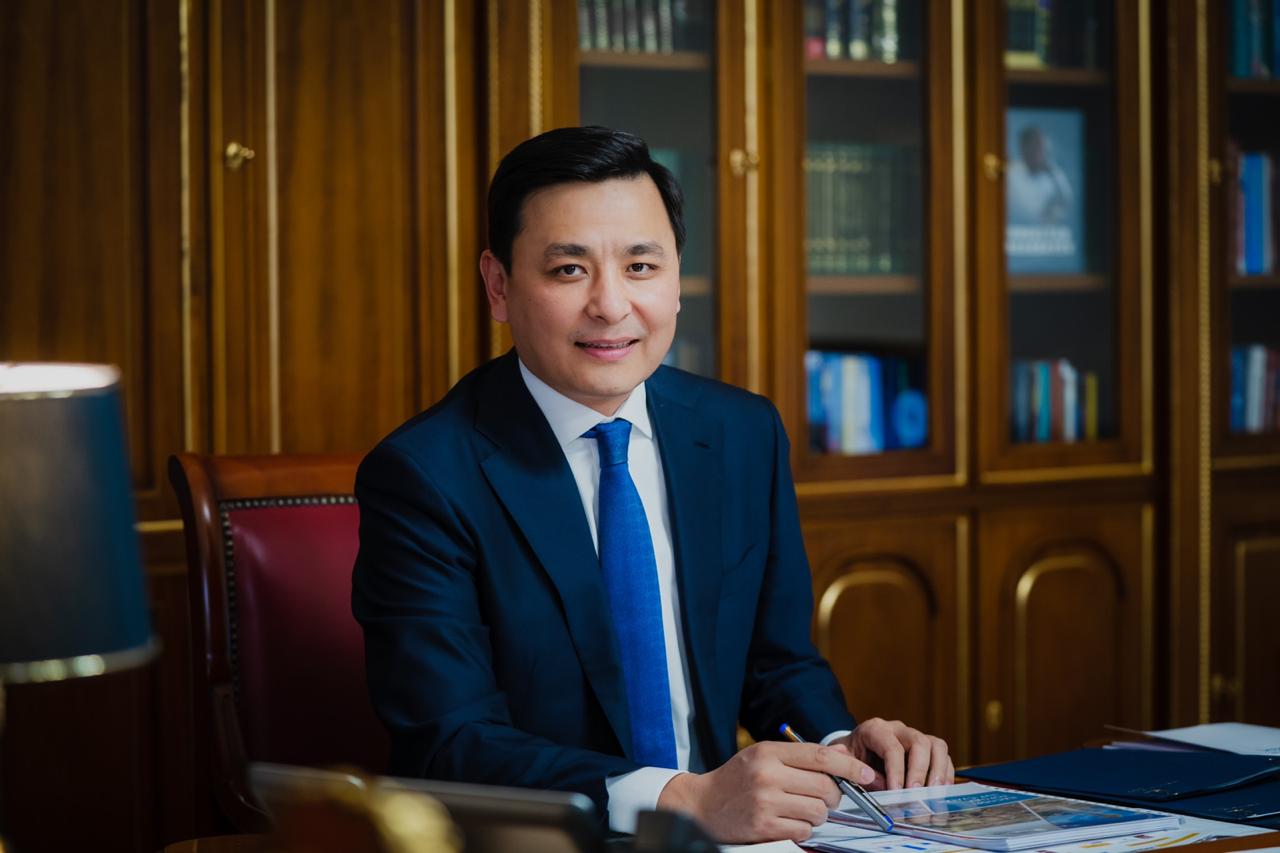 Five years ago, Kazakhstan ratified the Paris Agreement on Climate Change, committing itself to reduce greenhouse gas emissions. By 2030, this figure should be reduced by 15% by mobilizing innovative solutions in the interaction of the government and the private sector. Gradual decarbonization implies a phased reduction in the share of harmful fuel used to generate electricity and heat for the entire country. Altay Kulginov, akim of Nur-Sultan city, shares information on what measures are being taken to improve the ecology in the capital of Kazakhstan.

Gasification of the city

Ecology is one of the important areas on which we are systematically working. Gasification of the city will help us to improve the ecological climate of the city. In the last heating season, residents of the Zheleznodorozhny and Koktal-2 residential areas got the opportunity to have gas connected to their properties. A part of the Agrogorodok district also received access to natural gas. Then 345 km of intra-quarter networks were built. At the beginning of the summer of 2021, 2,600 houses of the Koktal-1 residential area were supplied with natural gas. In the Kazakhaul (Karaotkel) microdistrict, where about 150 houses are located, the development of design estimates is underway. In the fall, seven more residential areas of the capital, including the entire Southeast district, will be supplied with natural gas.

The construction of gas distribution networks is divided into three stages. The municipality continues to build them in Promyshlenniy and Agrogorodok residential areas, part of which was not connected in 2020. In addition, KazTransGas Aimak, JSC is building gas supply networks in residential areas Kuigenzhar, Michurino and Internacionalnyi, where residents will also have the opportunity to use the natural gas in the new heating season.

Gasification is a historical project of Elbasy, which will not only significantly improve the environmental situation in the capital. The private sector will no longer heat homes with coal, which will positively affect the living conditions of citizens and increase the level of security. The gasification process is under the control of the Head of State.

Improvement of the ecological situation in the city and outside it directly and indirectly depends on the degree of landscaping and the availability of a stable fund of green spaces. We are taking measures to plant greenery in public spaces (parks, squares, boulevards and gardens) and other parts of the city. The «green belt» was planted around the capital, which is a kind of shield of the city. In 1997, Elbasy became the initiator of the project of mass afforestation around the capital. Today, the area of this belt, which has grown significantly in size, is about 100,000 hectares. Hundreds of thousands of trees and shrubs are planted on its territory every year. In the near future, the capital’s afforestation, connected with the forests of the Akkol district of the Akmola region, will connect with natural forests in the direction of Borovoe. It can already be stated that the “green belt” has turned into a real forest in the bare steppe. 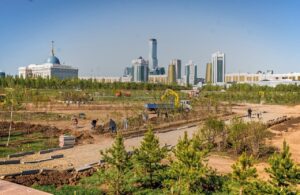 This zone allows not only to significantly improve the ecology of the city, but also to soften its sharply continental climate. In 2021 alone, almost 900,000 seedlings are planned to be planted in this area, half of which have already been planted. In total, more than 9.6 million trees and about 1.8 million shrubs grow on the territory of the “green belt”. 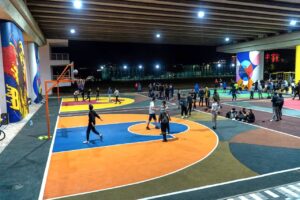 In addition, large-scale work continues on the improvement of courtyards and public spaces. In 2020, the city Akimat rebuilt and landscaped more than 76 hectares of the territory, which is about 150 yards and 60 parks, squares and boulevards. In 2021, 150 courtyards and 40 public spaces will be renovated and built. During the improvement of public spaces on behalf of the Head of State, special attention is paid to large-scale landscaping, as this is an integral part of the development of the city. 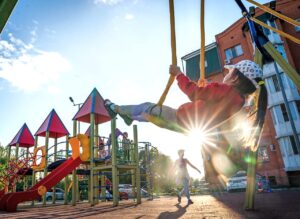 A feature of the current landscaping is that in addition to courtyards, parks, squares, boulevards and residential areas, the city has begun landscaping the adjacent territories of our attractions. This will reduce the number of so-called “concrete spots”. For example, the Astana Opera already has its own oak garden, the Triathlon Park has a lilac garden, and the Astana Ballet has a green garden. 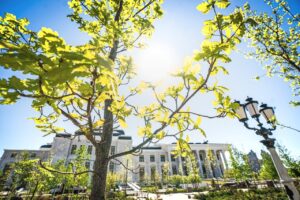 Tree planting is carried out in all areas of the city, including residential areas. It is gratifying that our citizens, volunteers, entrepreneurs and guests of the capital also take an active part in planting trees. More than 1 million green spaces are planned to be planted this year. It is already possible to notice how the city is becoming even greener, as new eco-zones and «green islands» appear. If the bar for high-quality tree planting is not lowered from year to year, then the city will become green in a matter of years, and the once steppe city — a garden city.

The new ecological paradigm assumes the prompt, rational and efficient management of solid household waste, which is constantly accumulating. The capital’s Akimat pays special attention to the collection, sorting and proper disposal of solid waste.

To improve the ecology and sanitary-epidemiological situation in the city, in 2021, a site for the storage and processing of construction waste will be launched with further reclamation of the “Severnaya Gryada” open pit. The site provides for the installation of a crushing complex that will process construction waste such as brick, asphalt, concrete waste, etc. This will make it possible to reuse some of the waste raw materials and simplify the process of disposal of accumulated waste. For example, 50% of construction waste can be processed into crushed stone, and 10-15% into reinforcement.

All waste generated on the territory of the capital is taken to the waste processing complex, where they are subject to sorting, recycling and disposal. Briquetted waste that cannot be recycled is taken to a polygon for disposal. Work continues on the modernization of the waste recycling plant. This will make it possible to practically double the capacity of the enterprise — from 250,000 tons to over 450,000 tons per year. The type of waste sorting will be switched from manual to semi-automatic. The polygon itself consists of two cells.

At the same time, in order to systematically resolve the issue of solid waste, it is planned to build a waste incineration plant using the “Waste-to-Energy” technology, where the processing of solid household waste technology is used for the generation of energy. The world’s latest waste incineration technologies are environmentally friendly.  The investor for this project is determined by the Ministry of Ecology, Geology and Natural Resources of the Republic of Kazakhstan.

For the separate collection of solid household waste, special containers have been installed in the city. The recycling rate of MSW reached 75%, and the recovery of secondary raw materials — 17%. These indicators need to be systematically increased. In addition, more than 530 special containers have been installed in the city to collect mercury-containing lamps. Various lessons are being held to improve environmental culture in educational institutions. It is important to educate young children about the protection of the natural environment and to develop a firm ecological mindset. The regularly held environmental clean-ups and tree-planting campaigns are all good examples for all citizens. Volunteers and caring citizens assist the city taking part in all municipal ecological campaigns.

Towards a green economy

The transition to the principles of «green economy» will become mandatory in the near future. Kazakhstan is closely cooperating with the EU countries regarding this irreversible process, which has already begun. The main task of any person in the world is to preserve nature for the future generation. Therefore, the transition to a «green economy» is the main direction in the list of tasks of the capital’s Akimat. This process is in full swing. In 2013, by the Decree of the President of the Republic of Kazakhstan, the Concept for the transition of the Republic of Kazakhstan to a «green economy» was approved, which covers aspects such as water resources, agriculture, energy efficiency, electricity, air pollution and waste management.

Particular attention is paid to improving the quality of atmospheric air in the city. Taking into account the annual growth of thermal and electrical loads in the city, the reconstruction and expansion of the existing energy sources at CHPP-1 and CHPP-2 are continuing. At the same time, special attention in this issue is paid to the reduction of harmful emissions into the atmosphere. The boiler units are equipped with modern equipment. A number of hot water boilers operating at CHPP-1 and CHPP-2 were converted to gas. The rest of the hot water boilers will be converted to gas until the end of 2021. 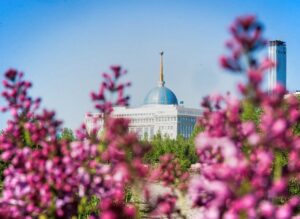 Currently, on behalf of the Head of State Kassym-Zhomart Tokayev, the Akimat of the Nur-Sultan city is implementing a Roadmap for the comprehensive solution of environmental problems in the capital of Kazakhstan. Considering that the main air pollutants in the city are mobile sources of pollution (vehicles), we are carrying out a gradual transition to environmentally friendly modes of transport. In 2020, one hundred electric buses were launched on the line, which are environmentally friendly. In addition, last year, at the expense of the investor, the construction of a modern municipal vehicle depot with electric buses that meet all international quality standards was started. Thus, the metropolitan transportation will be replenished with another 150 units of electric buses.

In addition, within the framework of the Memorandum of Cooperation signed with the Asian Development Bank, a pilot project «Electric heating of car engines in winter» is also being implemented in the capital, which saves fuel and reduces emissions from engine operation.

For the successful implementation of environmental programs, the Akimat of the Nur-Sultan city is ready to consider various projects aimed at improving the quality of the environment. For our part, we create all conditions for the comfortable work of investors, with each of whom we will work on an individual basis with the elimination of administrative barriers. 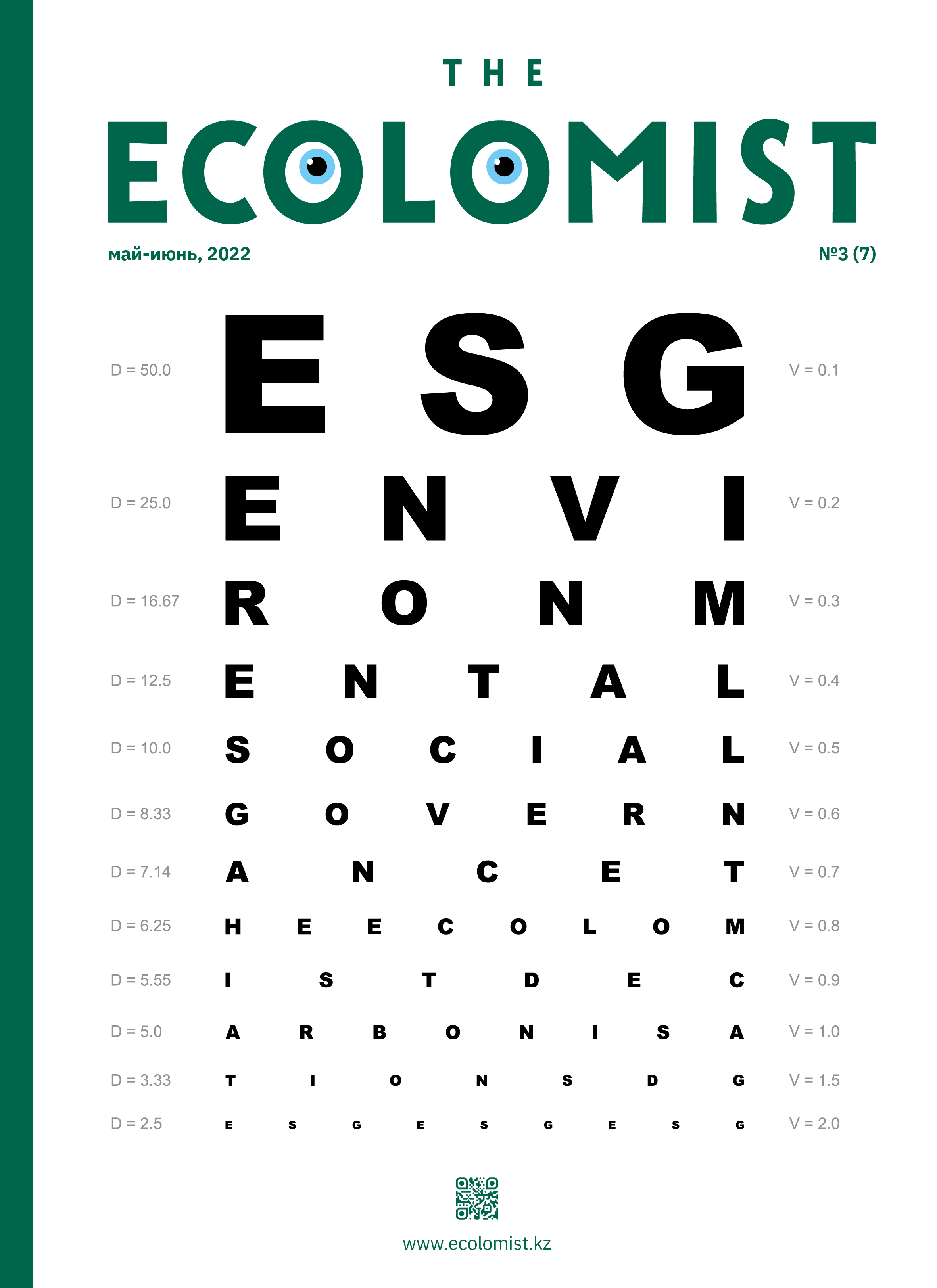